The Current State of Tax Administration in Ukraine: an Analytical Review of Terminology

The article includes the study of contemporary legal problems of regulation of the collection of taxes and fees and submit proposals for their improvement.

Analysis of current tax legislation Ukraine, departmental regulations and practices for their implementation, theoretical understanding of scientific works, publications and recent research shows that today urgently needs further reformatting the Tax Code of Ukraine. Recently, discussions around the Tax Code of Ukraine tend to increase. Particularly sharp criticism is about the quality of writing legal text of the Code, its shape and structure.

The current topic of contemporary tax debates in Ukraine is the imperfection of the current norms of the Tax Code. The generally acknowledged problem in the field of tax legislation is recognized by the language and technical quality of tax law-making.

Imperative provisions of the Tax Code of Ukraine, which are based on positive obligations must provide clarity, intelligibility of tax regulations. Another problem, in our opinion, is the question of efficient use in existing Ukrainian tax legislation concepts of ‘special tax regime’, ‘generic tax regime’, ‘tax regime’, ‘special regime’. 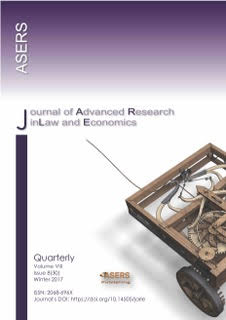